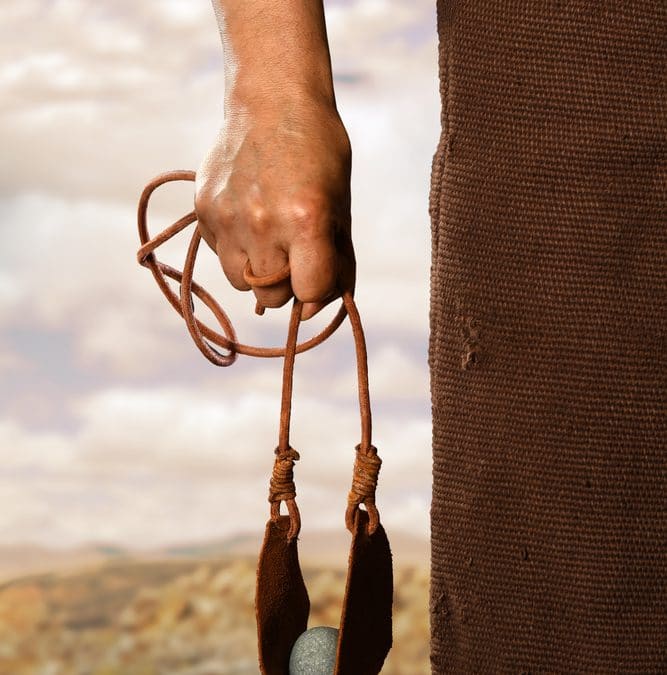 This poem came across my Facebook feed a few days ago. It was written by a friend I met a couple of years ago when we both regularly attended a weekly prayer meet-up in a local coffee shop.

It arrested my heart.

Thank you, Paul Eckenberger of Ennis, for allowing me to share it here (as it appeared, unedited):

I have always loved the Biblical account of King David’s life. He was not a perfect man, but he was a very courageous man. In the face of the taunting and bullying of this giant named Goliath, he remembered Who had delivered him, as a shepherd, from “the paw of the bear and the paw of the lion” (1 Samuel 17).

What does this have to do with theatre or acting, you might say? Well, a lot actually. We absolutely face Dream Killers, certainly Blasphemers, and, yes, many Joy Stealers.

But we, like David, were never meant to sit idly by and let them take captives… like Goliath intended to do. David KNEW who his Deliverer was and that He was way bigger and more powerful than this giant Dream Killer he was facing. David was willing to trust the One he knew as he moved toward the giant with his humble weapons. He stood up for his people, and their dreams; he said “no” to the blaspheming giant.

Let’s be brave, my heart-singing friends. Let’s put the giants on notice.